Offenburg: Witch Food and a Funeral 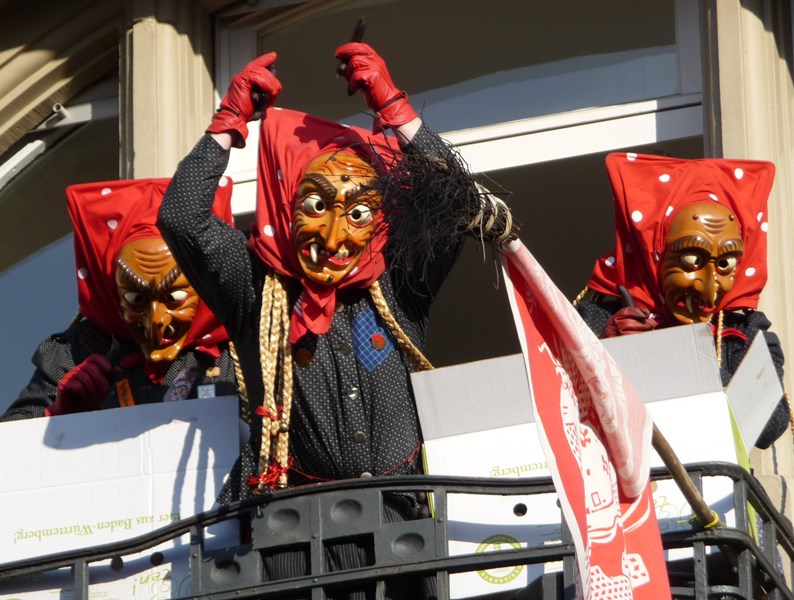 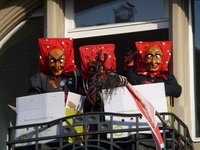 Tuesday afternoon in Offenburg is nourishing indeed. The main event is called „Hexenfraß“ (Witch Food). The local witch guild feed children and also big people with smoked sausages and rolls. These are thrown down into the crowd from the windows and balconies of the houses around the main square.

This event came into existence in the first carnival season after the end of World War II, during the French occupation. The military governor had banned any street carnival and announced that any witch, any jester who appeared in the streets would immediately be arrested. The witch guild bowed, „Oui, bien sûr, Monsieur!“, but secretly they put their thinking caps on. The governor had said „dans la rue“, but he had said nothing about windows on the first floor…

So the guild members picked up their courage and their masks and outfits, dressed up inside the houses and made their appearance in the windows. The French military had enough sense of humour to accept and respect their chuzpah. The ban has obviously long been lifted but the witches keep up the custom. 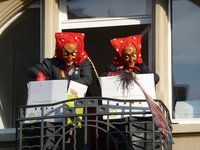 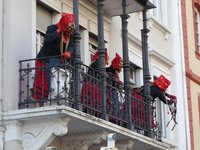 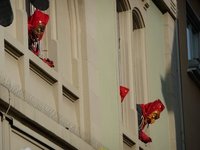 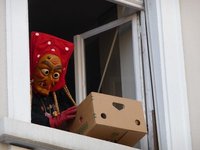 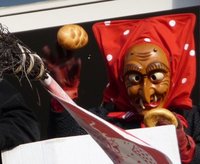 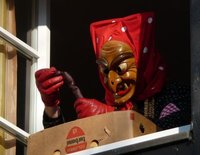 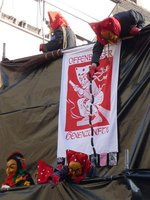 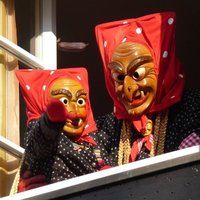 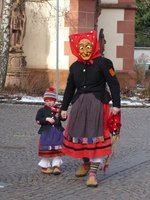 Offenburg is the birthplace of the Witch as a figure in the Alemannic Fastnacht. In 1933, not earlier than that as explained above, the first witches appeared in Offenburg’s parade. Three years later, in 1936, the first witch guild (Hexenzunft) was founded in Offenburg. In other words, in the middle of the Nazi era, which may explain why the post-war French government was so restrictive about the street carnival. 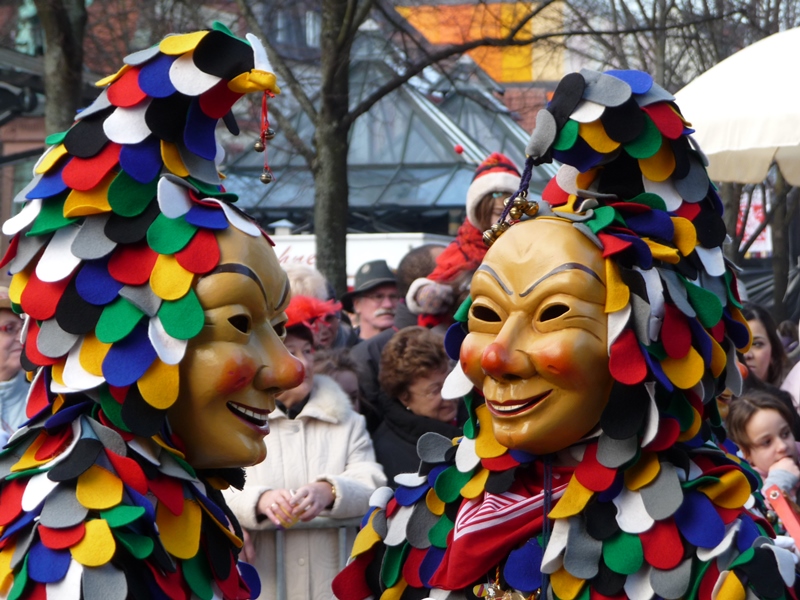 There is another, older guild in Offenburg that call themselves „Althistorische Narrenzunft“. Their main figure is the Spättle, a colourful figure covered in little patches of fabric from head to toe, sporting a laughing face. The guild also includes a (mock-)military guard with a miniature cannon, the military brass band, the „Alde“, i. e. Old Offenburg Lady in Biedermeier dress and a painted textile mask, the black Dominos, and a couple of single figures. 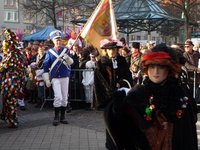 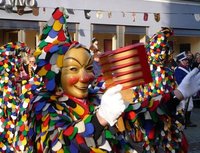 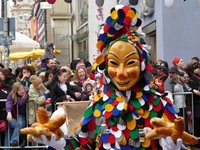 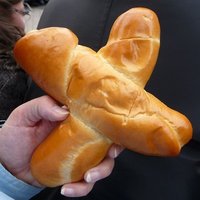 They make their grand appearance, marking the end of the street carnival, right after the witches have fed everyone and retreated from the windows. Then the Althistorische march in and assemble for the Funeral of the Fastnacht. First they hand out sweet buns in the shape of a cross to the spectators. Then comes the sad part. The Spättle put on black cloaks and everyone is very very sad while the final speech is done and the jester flag taken down. 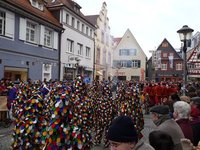 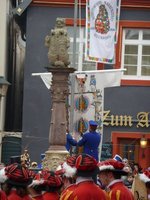 A crying Spättle fell into my arms. „Oh, this is sad, the Fasnet is over, this is sooooo sad…“ I had to comfort her, LOL. We figured out together that Easter will come soon, then we’ll all go on our summer holidays, and then it’s already almost Christmas and right after Christmas the next Fasnet season is about to begin, so it is already almost Fasnet again… 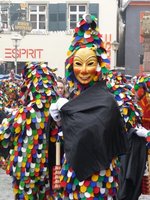 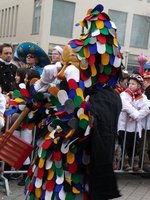 I just had to read a blog with such an intriguing title! And what an interesting read it was, and such colourful photos, especially of the Spättle :-)