Weil am Rhein: Burefasnet One Week Later Than Everyone Else 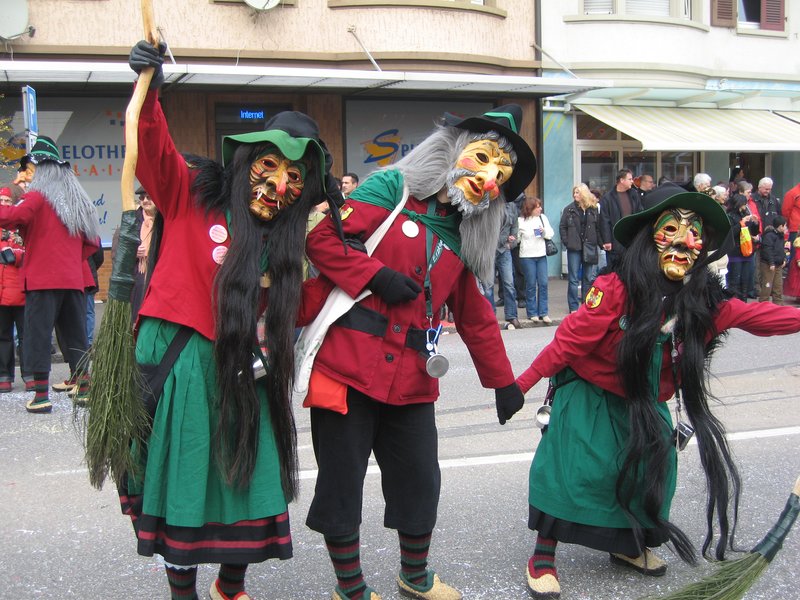 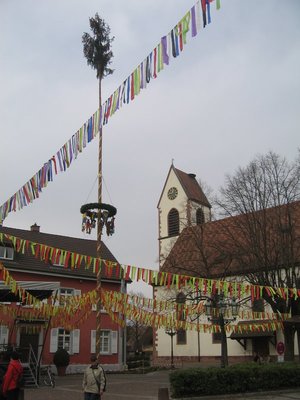 Weil am Rhein is a small town which is only known for being the last settlement on the German side before the border on the way to Basel. Many people who work in Basel live here because it is cheaper.

The place has one top: Vitra Design Museum with its remarkable modern buildings designed by architects like Frank Gehry and Zaha Hadid.

Otherwise the town is hardly worth a visit - the old village centre is quite nice but not a top sight – except once a year... 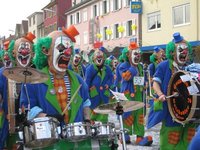 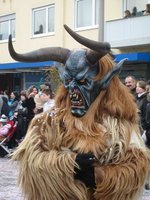 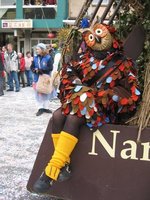 Weil, like Basel, celebrates its carnival one week later than the usual carnival date. The Burefasnet („peasant carnival“) date is actually the older Fastnacht date.
How come? The Lent is officially 40 days. When counting from Ash Wednesday to Easter you end up with 46 days, not 40. At some point in history the catholic church decided that Sundays are holidays and shall not be counted as fasting days, so the duration of the Lent is counted as 40 days plus 6 Sundays. Protestant Basel and other parts of Northwestern Switzerland refused to join and stuck with the old date, 40 days before Easter including the Sundays. This also spread to the right bank of the Rhine, the Markgräflerland on the German side close to Basel. 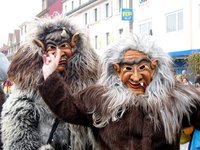 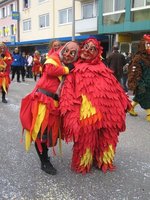 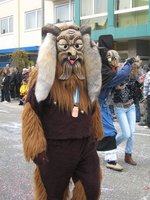 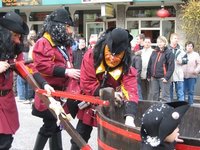 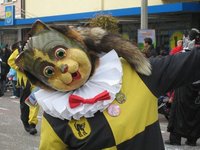 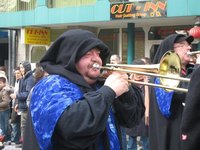 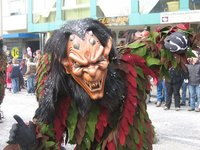 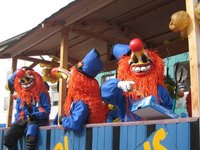 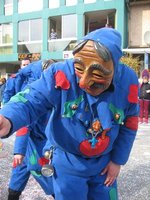 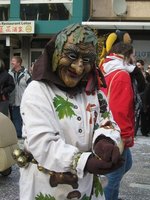 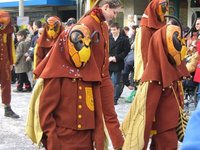 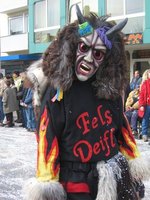 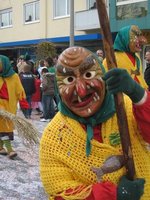 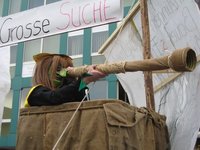 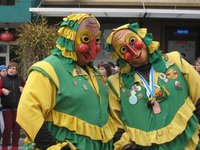 Weil's main parade takes place on Invocavit Sunday, six weeks before Easter and one day before Basler Morgestraich, at 2 p.m. Many jester guilds from near and far in Baden-Württemberg come to join in the parade. After doing their own activities on the 'main' carnival weekend they are happy to have one more event and one more party weekend before everything is over for good. 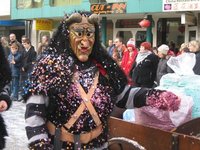 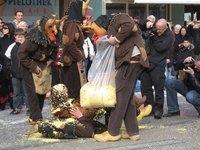 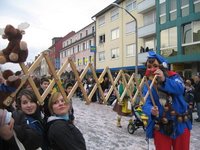 Kids will receive lots of sweets. Adults should be prepared for lots of confetti. I have rarely gone through and observed as many nasty confetti attacks anywhere else as in Weil. This involves rubbing a person's face and hair with an handful of confetti and stuffing it into the collar and underneath the clothes. Confetti does not hurt but having a load inside your underwear is not that pleasant... 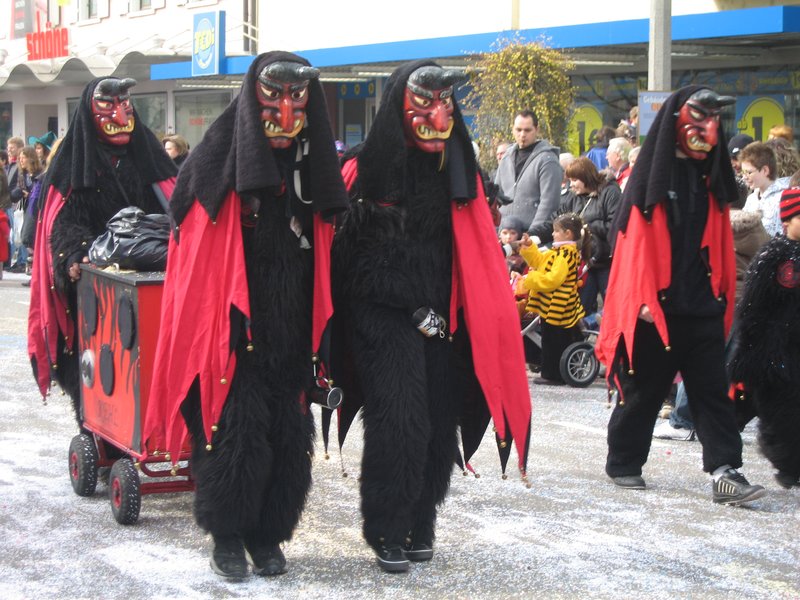 A story from Weil 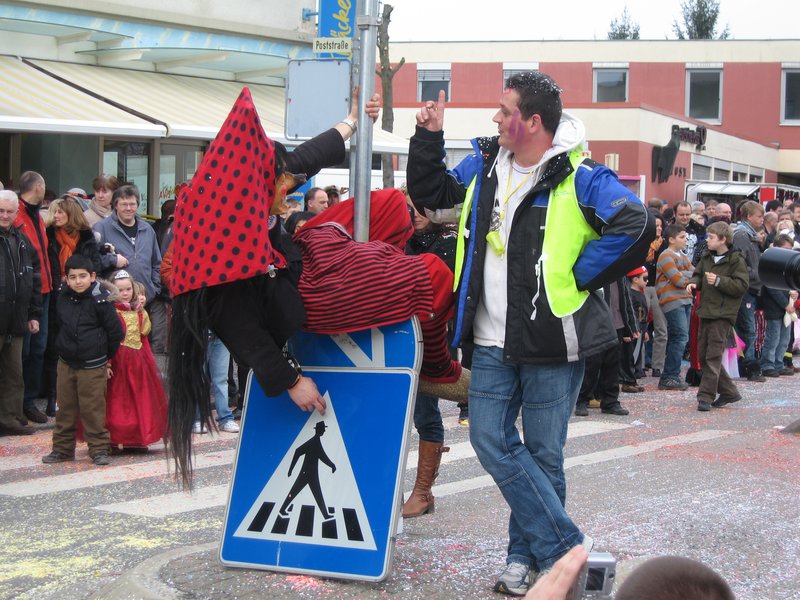 - What happened to this sign? Why is it down on the ground?
- It belongs up there to the top of the pole indeed. A strange accident happened to it. There was some idiot who… 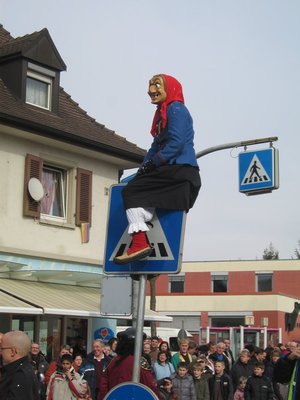 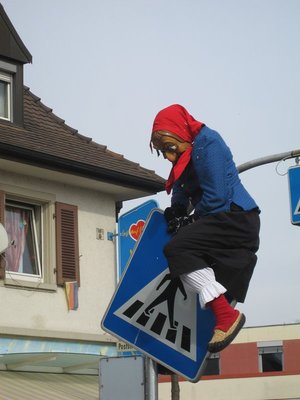 During the Burefasnet parade a witch, who was up to some pranks, climbed the pole and sat on top of the sign.
The sign was not made for carrying riders and the fastening was not solid enough.
Both the sign and the witch tumbled to the ground...
(The witch fell and rolled like an experienced judoka and wasn't injured, no worries. Otherwise I would not make fun of the story.)
Moral of story: Witches should ride broomsticks, not signposts. 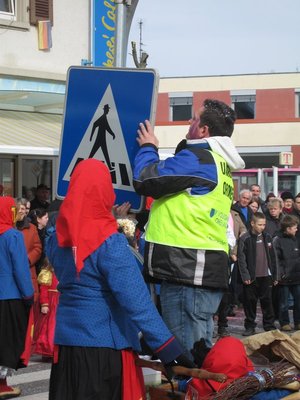 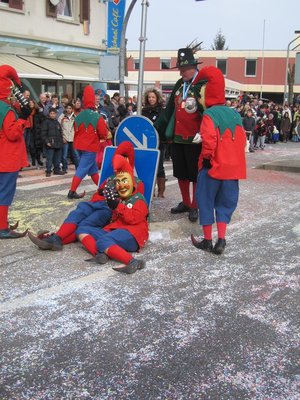 Reattaching the sign was not that easy. The witch guild will probably face a little bill from the community of Weil for the repair.
The guy in the neon yellow vest is the 'watchdog' who was in charge of this part of the parade.

The fallen sign then served as deck chair for tired jesters, while the signpost was popular for pole dancing.

I see you map has lost the connecting lines . how did you do that?

The lines are still there but they are white, so they are less prominent in the map. If you enlarge the map you'll see them.