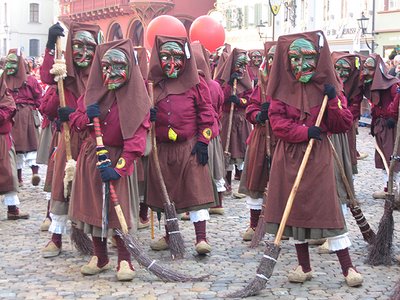 Witches take part in about every parade. They are essential and traditional figures in the Alemannic Fastnacht. 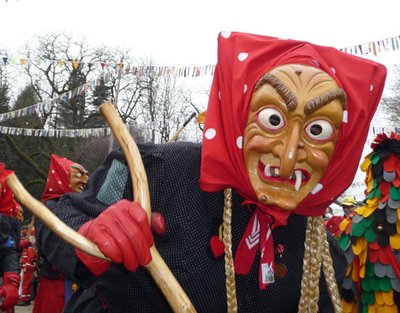 Witch from Offenburg
The figure of the witch is so popular and widespread today that hardly anyone is aware how young it actually is. In 1933 a couple of people in Offenburg invented a witch costume. Three years later, in 1936, the first witch guild (Hexenzunft) was founded in Offenburg. Not earlier!

Since the 1950s dozens of witch guilds have been founded all over Baden-Württemberg, and more are born every year. Thes seem to compete who invents the scariest, weirdest faces. Here are two examples from a wide selection. 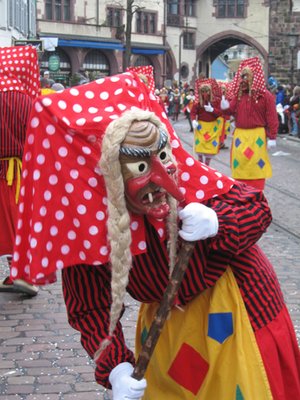 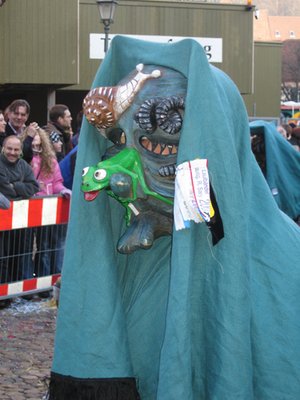 Beware of the witches... There are often big guys inside the witch Häs who are up to all kinds of pranks. They usually carry broomsticks, forks, crooked sticks or similar utensils which are used not only for fights among themselves but also to tease and threaten the spectators. See my survival tips... 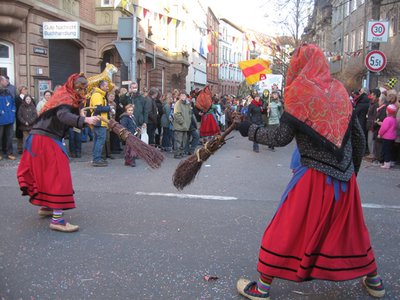 But witches are always good for a show. Some groups practise amazing acrobatics that include building pyramides. (Sorry, these are scans of rather old photos, that's why they are so small.) 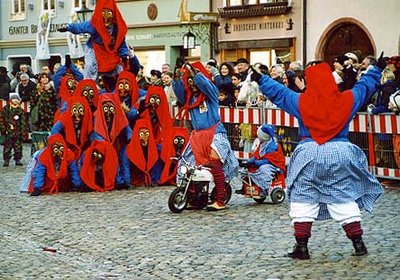 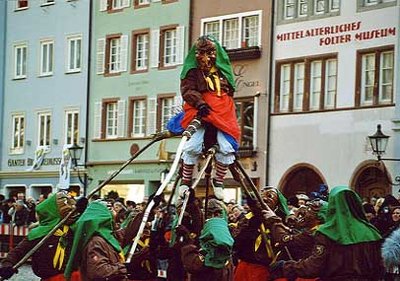 Others are experts in chemistry, like the witch guild from Aulendorf in Swabia. On their cart they transport a stove on which they burn no-idea-what, a mix of ingredients that produces a well-calculated amount of smoke and stinky smell to ‚amuse‘ the crowd. 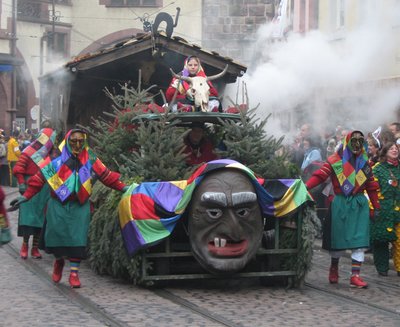 The coolest witches of all, however, are the Springerhexen from Brochenzell. 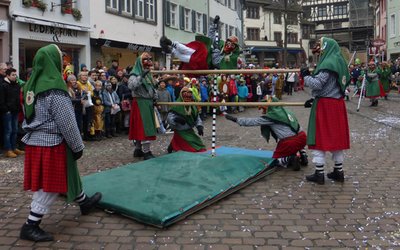 This was really the best show I ever saw in a parade. They do pole-jumping. The mat and poles are carried along, and set up whenever there is room and time for a stop. Two strong guys hold up the obstacle while the others perform a variety of jumps, happily showing their flouncy knickers. Priceless!

Posted by Kathrin_E 03:29 Archived in Germany